After living in a dense urban area like San Francisco, I get excited when I hear a new delivery service has opened.  This week, Instacart began Oahu deliveries.  Included in their delivery group, are stores such as CVS, Safeway, Foodland, Times, Petco and even Costco.

The delivery price seems reasonable.  It starts at $5.99 and has a minimum purchase amount of $35.  There is, however, a markup on goods.  At first glance, the markup didn’t seem particularly steep to me.  For instance, although you normally pay $4.99 for a Costco rotisserie chicken, $6.09 didn’t seem that exorbitant.  Add to that, you don’t need a Costco membership.

On second glance, however, I realized how quickly these upcharges add up.  Here’s a breakdown of five items:

Instacart will apply coupons from Costco’s coupon book, so pricewise, that awash.  Delivery times vary widely: If you’re hoping to eat rotisserie chicken in the next hour, you’re probably out of luck.  Delivery windows are one hour long, and strangely, slot availability is staggered even at this early phase of launch.

Selection also varies.  Toiletries are largely unavailable, ditto for electronics — even something as mundane as an SD card.  A couple of products listed I’ve never seen at the Hawaii Kai store.  For instance, mainland Kirkland eggs sold in a 24-pack.  Makes me wonder if that can be delivered at all.

My take:  if you don’t have a car this is a fabulous service.  Not only can you get Costco goods (and largely split the difference in savings between Instacart and yourself — prices are still lower than your standard grocery), you also don’t need a membership.  If you happen to live five minutes from Hawaii Kai Costco (which is usually not crowded, except on weekends) and have a car, I think your money and time are better spent shopping in person.

Thu Aug 1 , 2019
Thai basil is widely used in the cuisines of Southeast Asia, including Thai, Vietnamese, Lao, and Cambodian cuisines. In addition to having a basil flavor, the herb has overtones of anise and licorice. It is a welcome addition to any Hawaii garden, as it is a tropical perennial that can be harvested throughout the year. […] 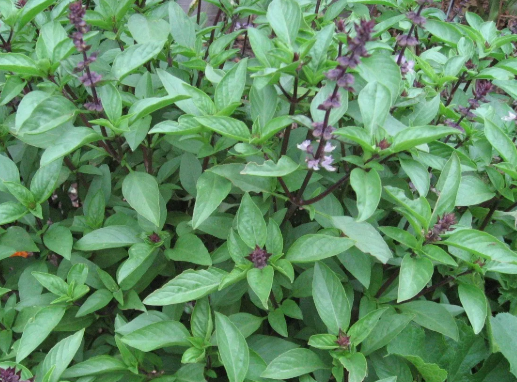