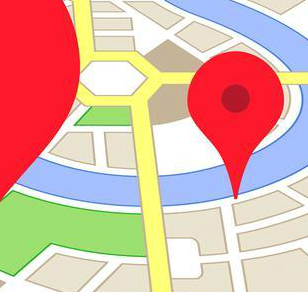 On Saturday, after the water main broke at Ainakoa and Kalanianaole, our family received a text from a relative informing us of the blocked highway.  We were in Hawaii Kai at the time.  Although we were to have met others at 2pm in Kahala, we cancelled those plans when it became clear the road was not likely to be reopened that day.  On Sunday we stayed home.

Then came dreaded Monday, when one of us had to go to town to work and another of us had to pick up a child just on the other side of the blockage, in the Kahala area.  Going over was apparently not an issue. Traveling with my daughter in the morning carpool lane, my husband was able to get through Westbound traffic with ease.  I was home dreading picking her up at 3:30pm however.

At 3pm, while I was waiting outside her school I decided to take a walk around the Kahala Mall area.  The roads did not seem overly congested, but I also noticed a black SUV on the road that had not moved in the 5 minutes I had been observing.  Armed with just two apps, GoAkamai and Google Maps, I planned my return trip.

Go Akamai is a lightweight app that takes up few resources but provides valuable updated information.  As I was viewing it at around 3:10pm, the traffic alert message that the second lane to Hawaii Kai was opened had already been posted.

Google Maps is a good source of instant road traffic information (including on side streets), but a poor one for road alerts or shutdowns.  The app uses GPS on users’ phones to track speed.  It can tell you when cars are stuck in traffic, but can’t tell you when there are no cars on the road due to an accident or reroute.

Combining the strengths of both apps, I mapped out a plan that had me backtrack a few roads before reentering at Waialae Avenue.  As it turns out, a friend later texted me that her route took over an hour to get to Ainakoa and Kalanianaole; my route took 15 minutes.

Ultimately, I returned home within 5 minutes of the usual commute time on Monday.  After we cleared the bottleneck, it was smooth sailing through the rest of East Oahu.  My husband also lucked out on the commute solely by using GoAkamai and traveling when traffic seemed lightest.  He stayed on H1 all the way until it changed to Kalanianaole.  He later commented that it was one of the lightest traffic days he’s had — mostly because everyone else left work early in anticipation of a backlog.

Today, I had the “privilege” of making a morning commute from Kahala to Hawaii Kai at around 8:30 am.  Because there is only one lane open in the morning, it took an extra 20 minutes over the usual commute.  Overall, our experience so far with the BWS repair has been inconvenient but not life-altering.  Hang in there everyone.  Just a few days more. . .