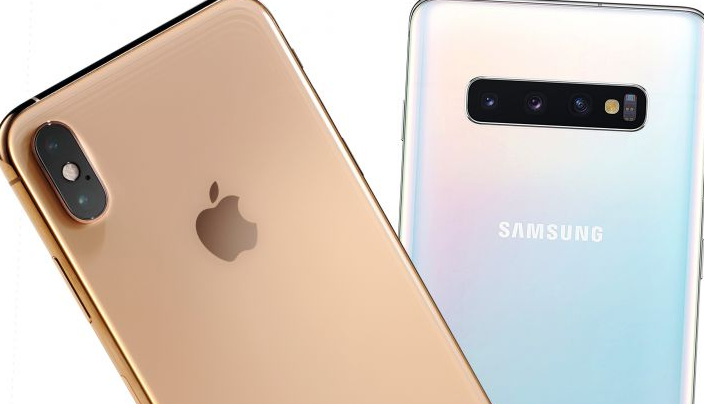 US Smartphone Coverage in Japan

If you’re currently on either T-mobile or Sprint’s phone plan, you’re in luck.  For most plans, both companies offer free text and 2g basic data roaming  in Japan.

Sprint also offers a 3g unlimited data + text + phone plan for $5 more a month.  Our family is on Sprint, so the choice was a no-brainer.  We tacked on the add-on (which, for the record, they tell me is not pro-rated but monthly) for the mere cost of a few dollars each.  As far as I can tell from our first bill after use, it’s exactly as advertised.  Everything was covered.  Before leaving, I thought I wouldn’t need phone services, but after departing, found that the ability to call either Japan or the US without charge was a real plus.  I probably made a half-dozen calls within the country in the span of one week, as well as a few more back to the US.

If you use Sprint’s add-on, you’ll receive instructions for changing from CDMA to GSM, the international standard.  You’ll then connect to Japan telecom powerhouse Softbank, which, in 2013, acquired a controlling stake in Sprint.  Softbank’s coverage of Japan is ubiquitous.  Even in Kamikochi, a remote mountainous region of Japan, we received clear signal.  The only real adjustment I needed to make was to conserve more battery than I normally would: roaming takes extra energy.

As far as other cellular carriers, our traveling companions checked with Verizon, whose $40 plan included a scant 100kb of data alongside an equally scant 200 texts received or sent.  AT&T has a $40 passport plan that includes unlimited text, 200MB of data and access at hotspots in urban areas like Tokyo and Osaka.  As with all phone plans, terms are subject to change, so be sure to inquire directly.

A friend recently commented that it seemed everyone from Hawaii was going to Japan in the near future.  As it so happens, in addition to our own traveling party, another group of friends was also in Japan.  They used a hotspot rented in Hawaii.  Hotspots are portable internet-connected units; you use wi-fi on your phone to connect to it.  On their smartphones, they connected the app “line“, for texting and voice.  As it also so happens, a Tokyo-based friend mentioned the free app’s popularity in Japan. I didn’t personally research the cost of the hotspot, but Don Quijote and vicinity have stores specializing in them, which they advertise at a cost as low as $4 a day.  A big benefit of hotspots is that more than one phone can connect to it at once.

You can also rent SIM chips while in Japan, but my own personal inclination would be to forego this option.  You’d have to look around for a chip once you got there, complete the transaction in a foreign language (for most of us), and hope that it worked.  I also did not think that the cost was less than that of using a service purchased ahead of time.  If you are planning to stay for several months, perhaps the SIM option would make more sense for you.

If you’re planning to go anywhere by mass transit in Japan, you need this app.  Type in the departure place and the arrival destination to get your choices.  By default, it assumes you’re leaving now, but you can always change the time by pressing the detail button.  If you’re limited to certain types of travel, say Japan Railway (JR), or Shinkansen, you can also select just the modes you want.  Likewise, the results default to time as being the most important, but again, you can also choose between least transfers or money expended.  This is a very flexible app with excellent functionality.

I don’t play, but the kids do and they saw a number of landmarks they wouldn’t have if they weren’t playing the game.  At least it made them look up and appreciate the natural wonder of (1) A Mario pipe, smack dab in the middle of Ikebukuro (2) A giant robot building, and (3) genuine natural wonders that showed up on the map as landmarks.  Additionally, the app’s GPS is pretty good, often kicking in where Google Maps didn’t.  We were occasionally able to navigate our way from lost to found via Pokémon GO.  Sadly, however, no one caught the region-exclusive Farfetch’d.

I didn’t use it as often as I thought I would, but for those difficult Kanji, it’s a quick and easy way to research the character.  The translation isn’t always right, but the meaning of the character almost always is.  Just point, shoot and translate.  Given the level of noise in Tokyo, I have doubts that sound-based portions of the app would have worked.  Still, for visual recognition, it’s helpful.

Money exchange is amazingly easy through 7-11 ATMs in Japan.  The Hawaii State Federal Credit Union only charges 1% for VISA debit card use, and Seven Bank doesn’t seem to have a surcharge.  Additionally, 7-11 ATMs are ubiquitous.  Seven Bank’s highly functional app for finding ATMs works well even in the middle of Tokyo city, where GPS can often be spotty.  As both a money finder and street finder, this is a five-star app.

Apple lovers, you’re out of luck.  JED is strictly for Android.  If you’re on iOS, use Jisho.org through your browser for translation.  If you’re on Android, use JED for speed and simplicity.  Offline apps are reliable, even where internet access is not available.  Additionally, it’s faster to load and uses fewer resources (i.e. battery).  I used this app more than a few times.  It’s good to be able to look something up right away while it’s still fresh in your mind.

Finally. a couple of notes

City-dwellers will tell you not to count on GPS in the midst of tall buildings.  Tokyo is no exception to this rule.  Different apps seem to have varying levels of accuracy, and sometimes more than one app is needed in order to figure out exactly where you are.  Throughout the course of our trip, we used a number of GPS-enabled apps, including the ones above.  We also used Google Maps from time to time, but found that because the text was usually in Japanese, inputting a desired location in English wasn’t as effective as it is here.

Another point to make is that certain sites are region-restricted, meaning you may not be able to access all of the US sites while in Japan.  Keep this in mind when you travel and don’t expect that your bank, etc. . . will allow you to conduct business as usual.  I’m a fan of VPN for both encryption and for masking originating location, but not all smartphone users will have access to a VPN service.

Lastly, don’t forget to look up from your smartphone from time to time.  Japan is a beautiful country, and a smartphone is just a tool.