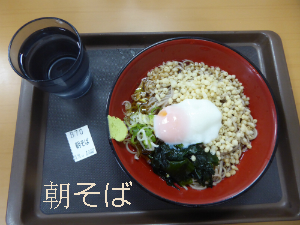 I give myself a low B-

Earlier, I had written about why I thought world language in high school was a questionable endeavor. To prove my point, I spent an entire year actively studying Japanese to see how far it would take me.  The “final exam” was a one-week trip to Tokyo to see if my studies allowed me to communicate effectively.

I surmised that 30 minutes a day of study would give me reasonable proficiency to communicate.  Throughout the year, everywhere I went I took my app-loaded smartphone so I could steal a few free moments from each day to learn Japanese.  Our trip recently concluded and I’ll give myself a B-. My traveling companions give me an A.  My son gives me an A.  Maybe that’s all that counts to me.  For him, having seen the results of my studies gave him the proof he needed.  He’s had to drop his “it’s impossible” attitude when it comes to the subject.

As for me, there is a little disappointment because 30 minutes a day just wasn’t enough to be as proficient as I had hoped.  I thought I would be able to get through all 36 lessons on Japanese audio flashcards by year’s end.  Instead I only got through 16 and I still feel as though I need to review the last five of those.  It helps that the Japanese people are so patient.  It also helps that they can empathize with me because English is a mandatory subject in Japan.

Perhaps the point about empathy may be the strongest argument for learning a foreign language.  With teens, however, I doubt it has much impact.  Growing up, I recall being somewhat xenophobic and making fun of foreigners’ English.  I never really drew the connection between that and the fact that I struggled through both French and Japanese as a high schooler.  Maybe as educators, we need to press the point more.

For what it’s worth, I surprised myself.  On our arrival, we got lost.  I was able to stop in at a 7-11 convenience store and ask for directions.  Importantly, I was able to understand those directions.  With a combination of that information and Google Maps, we found our ryokan (Japanese-style inn).

On the second day, I didn’t use as much Japanese as I would on the rest of our trip.  Instead, we eased our way into the Country by meeting up with a American friend living in Tokyo.  Still, that morning I did use some Japanese at the restaurant we had breakfast at beforehand, and I did use it to read signs.  As it turns out, learning both hiragana and katakana is a tremendous help in Tokyo.  I’d say that a great number, perhaps even a majority, of signs can be figured out using just kana (character-style writing).  Additionally, the transit systems all include the use of hiragana and katakana in addition to traditional kanji.  These days, they often provide English translations as well, but some of the station signs remain in Japanese only.

By the third day, I was much more comfortable speaking Japanese.  Words came out without the usual hesitation.  On this, I definitely credit the free audioflash card series.  Honestly, I can’t say enough about Roger Lake’s amazing learning tool.  Throughout the day, I would use Japanese to communicate with others.  For instance, at dinner, I was able to ask what certain sushi items were, and I was able to request other items not visible on the menu.  It was the first time I had tried tsubugai (whelk) and it was certainly useful to know what it was I just ate (especially because it was incredibly delicious).

On the fourth day, I had a much better idea of what I was and was not capable of communicating.  I used my new skills at the Midori Madoguchi (train service center) to ask, in Japanese, for directions to their foreigners’ service center.  I needed to request reserved seats on a limited express train to Matsumoto, a train station several hours outside of Tokyo. I preferred to do it in English to be sure I got it right.  The next day, however, I would use Japanese to figure out how to get back after having missed our train back from Matsumoto to Tokyo.

On the sixth day, I was tired of following my husband and son to their favorite restaurant.  I can’t say my son is a prodigy when it comes to foreign language, but he is a smartphone prodigy: he quickly figured out how to use Pokemon Go to get to his preferred food choice.  That day, my daughter and I ate across the street at a restaurant where not only was the menu in Japanese, there were no pictures accompanying it.  Still, we were able to order soba and I was also able to ask one of the patrons what his meal was called.  As it turns out, “asa soba” is a morning special.  You get one of four choices of soba dishes for the amazing price of ¥330, or approximately $3.  I’m not sure if was the actual meal that tasted so wonderful, or the sweet taste of victory.

You must have a natural gift for language

I’ve uttered these words before to others.  Now, I’m mildly insulted by them.  Still, those that say “You must have a natural gift for language,” are people who just don’t fully understand the dynamics behind learning a new language.  You don’t just wake up one day and know words.  You need to be exposed to them in context over and over again before they make sense.

Instead of being hurt however, I see these conversations as an opening to convince people that if you really want something bad enough, you will figure out a way to get to it.  I also reflect that we live in an amazing world where our phones can be everything from toys to tools.

It helps to have had others blaze the path before.  Perhaps most inspiring for me was my son’s former Japanese teacher at Niu Valley.  She learned Japanese in college by constantly exposing herself to every opportunity for listening and speaking.  My son’s current instructor is also a second language learner and inspiring to him.  There have been a few others too: friends who learned after several less successful attempts before.

Still, the majority of people I speak to are those who took the usual Japanese language school curriculum: the afterschool program every hopeful nisei parent enrolls his child in.  These same students are the ones who go on to take high-school Japanese, get an easy A, but are no closer to speaking and communicating than before.  That in itself serves as a “lesson” for those that are reluctant to apply themselves to begin with.  Firstly they don’t get that opportunity at an easy A because of those that have more background, and secondly because it doesn’t seem to have amounted to much anyway.

Ambivalence plus a word to International Baccalaurate coordinators

I’m still on the fence over whether foreign language should be a high school subject.  In a world where there is so much to new to learn, does it make sense to spend time on a subject many will never use even if taught at a level where it can be used?

The International Baccalaureate (IB) program prides itself on world scope.  World language is a requirement.  Might I suggest that the IB school year be divided differently?  Perhaps 5/6 of the school year can be dedicated to traditional teaching with 1/6 of the year dedicated to language immersion.  Surely that would be more beneficial to the goal.  Further, perhaps only one language — the foreign language most prevalent in the area — ought to be taught.

Logistically, such a proposal is a nightmare.  Where would you get instructors for the language portion of the year?  What about the regular curriculum instructors?  Should they also be required to interact in the world language unit?  Yet, in the grand scheme of things, 1/6 of the Hawaii public school year dedicated to foreign language immersion amounts to the same amount of time I spent last year learning rudimentary Japanese.  In week terms, 1/6 of the school year in Hawaii is only slightly more than four weeks.

Returning to the subject of my own learning, where do I go from here?  Do I continue my studies or do I end them?

I have at least a few opportunities to use Japanese in Hawaii.  My own mother who gave up on me learning Japanese many years ago, has been helping out lately by speaking to me in Japanese.  It is grossly inefficient, but I’m glad she’s willing to do it.  A few weeks ago I had the opportunity to join in on the conversation between my mother and my uncle and aunty.  They were surprised, to say the least.  Yet, sometimes I feel as though it’s the equivalent of David Letterman’s stupid people tricks: nifty but not necessary.

Ultimately, I think I will continue on with my Japanese language studies.  It’s a great mind exercise, not unlike crossword puzzles, which some would also argue serve no purpose.  Perhaps I may — not this year, but next — attempt the Japanese Language Proficiency Test (JLPT) for no other reason than the famous mountaineer credo, “because it’s there.”