Were you able to come up with:

I was only able to name the first two until I did some research.  Seven Eleven has two locations, Hahaione (Hawaii Kai), and Niu Valley.  The Niu Valley Jack in the Box near Seven Eleven is also open 24 hours.  Perhaps it’s the new Zippys, which in Hawaii Kai, is only open until 11 pm.

From a cursory review, here are the other stores I found that are open past 10 pm.

*check with McDonalds directly, their two door signs have different hours, and their website has something else entirely.

Note that the Starbucks all have different hours.  The one at the Hawaii Kai Towne Center closes around dinnertime every day.

Tue Jul 19 , 2016
Mini Maker Faire 2016 at Iolani School: A recap  Mini Maker Faire in Honolulu wrapped up on June 25, 2016 and I finally made it to the event in their third year.  It was all I expected and more.  I had also signed up for a soldering lesson.  Soldering, pronounced […] 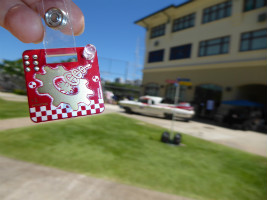