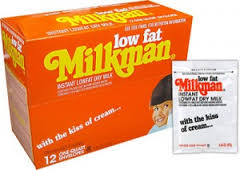 Continued from part 1: Costco or Sam’s Club: Convenience and Price: An Oahu Overview (Part 1 of 2)

To be fair, most of my Costco experience comes from the Hawaii Kai store.  The Costco Iwilei store has a broader and wider selection of goods than the Hawaii Kai one.  It is, after all, the Costco store with the highest sales worldwide.  With regard to Sam’s Club, I’ve frequented both their Keeaumoku and Pearl City locations and they’re a tad more identical to each other than the Costco locations which can vary in size.

There are a couple of areas that Costco and Sam’s Club differ in selection.  Costco has a wider variety of wine, a number of which falls in the under $10 category.  It also, coincidentally, has a wider variety of cheese; one presumes to go with the wider selection of wine.  In terms of other alcohol, both Costco and Sam’s Club carry a wider variety than than most grocery stores.  Sam’s Club has a wider variety of snacks than Costco.  This can be important if you’re a Little League mom, or if you regularly need to contribute to the church potluck.  My son’s eyes nearly popped out when he saw that he had a choice of not one type of Kit Kat, but four.  To be honest, the snack chip selection at Sam’s Club is also jaw-dropping.  I like that they do sell boxes of one flavor rather than a variety pack.  With variety packs there’s always one flavor no one likes, so that ends us sitting in the box while the kids have a fit because the ones they like are gone.

When it comes to produce, both Costco and Sam’s Club keep a good stock of staples on hand like carrots, potatoes and celery.  Costco seems to pay more mind to organic offerings, whereas Sam’s has a wider variety of unexciting but necessary vegetables like whole green onions and sliced cabbage for coleslaw.  Sam’s Club also seems to keep more types of potatoes on hand than Costco.  Sam’s usually has Yukon Gold, red, white, sweet and heirloom potatoes on hand in addition to Russets.  I’m not much of a potato person, but it’s hard not to notice.

As for the bakery, both offer nearly the same items.  Sam’s Club seems to have more locally baked outside vendor products than Costco, for instance their hamburger and hot dog bun brand is Love’s.  Sam’s also seems to have more tortilla products, including larger flour tortillas for wraps.  The edge does go to Costco for In-house baked products, as they seem to have more of them — in particular, varieties of cakes and pies.  Having said that, I like Sam’s birthday cakes more.  I believe they still do buttercream frosting on it.

One of the areas that Costco does excel over Sam’s Club is their limited-time, limited-quantity offerings.  By this, I mean items like furniture and clothing.  Costco is quite adept at picking out and merchandising attractive pieces for sale.  I don’t necessarily get that same vibe from Sam’s Club.  It seems to me that Costco sacrificed some of its floor space for these goods over the everyday, practical item shelves that define Sam’s Club.

One area I don’t have enough knowledge of, is their tire departments.  Both Costco and Sam’s have them, and both offer installation too.

And as a last note, because my family seems to eat more pizza than any other family I know, Sam’s Club’s take and bake pizza is just $6.98 and is preferred over the Costco take and bake which is $8.99.  I believe they are roughly the same size.

I’m going to give this one to Costco, only because if you don’t like what you bought, Costco has the most flexible return policy anywhere.  In fact, if you don’t like your membership, they’ll even give you back the prorated portion of it.  Costco also has a program that automatically extends the warranty on a number of electronic items such as televisions and computers. With their new Citibank VISA you may be able to extend the warranty on all your purchases without an extra fee.

As for individual items carried at both retailers, each has good quality tried-and-true products.  I guess that’s what happens when you’re Walmart and Costco, the number one and number two retailers in the country.  Surveys occasionally have the Sam’s Club brand surpassing Costco in satisfaction surveys and both are always near the top of the major retail brands when it comes to customer satisfaction.

I’ll end this with a bit of nostalgia.  I remember how hard it was to make ends meet before warehouse clubs.  Even after the advent of their arrival, I recall thawing a five-pound brick of NIQF (not-individually-quick-frozen) chicken thighs, splitting it into 3 or so portions and making food for the rest of the week with it.  Milk?  Out of the question.  My husband recalls growing up on Milkman (powdered milk) and going to a friend’s house to snag the real stuff out of the refrigerator.