Winged beans really ought to be more readily available here on Oahu. Someone in our family requested some and it seemed easier to get the seeds for growing than look around to see what produce market carries them. If there is a god of the garden, she must have been smiling down on us. I found planting seeds at the [Hawaii Kai Freestore].

Of the six seeds in a withered pod, four sprouted. It seemed like it took a while to go from two leaves to four, but once the growing started, it kept going. Those four vines (they are vines without tendrils and require something to either climb up or down) now produce about eight beans a day. We pick the beans at around six inches long, when still tender.

They are delicious. Sometimes, winged beans are referred to as asparagus bean due to a similarity in taste. In Japan, they are called shikaku mame, or square bean. Across Southeast Asia, different names for the vegetable abound. These beans love Hawaii’s climate, and due to our proximity to the equator and our generally warm and humid climate, will flourish as a perennial.

Tue Jul 5 , 2022
More versatile than an average eggplant, Thai eggplant is a handy addition to your daily meal. 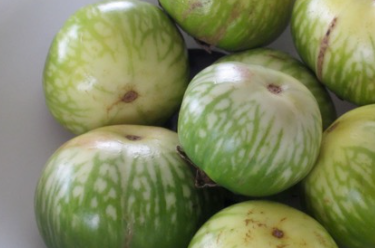