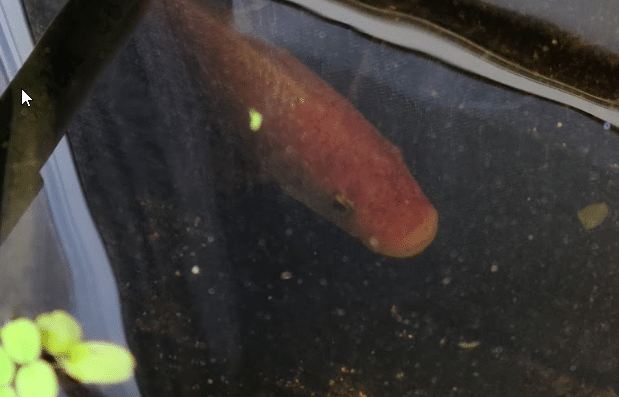 Since last month’s quail hatch yielded only eight chicks and because all that hatched were spoken for beforehand, I started another incubation on July 1. The new chicks are set to hatch around July 18.

Just before I set the eggs, the tilapia in my new aquaponics set up decided to produce hundreds of baby fish. I dutifully separated them from the adults, then contemplated what to do with them. For now, the three hundred or so babies are fine in a five gallon tank. Over the next few weeks, the weaker ones will die off and the remaining ones will need to be transferred to a bigger setup.

All of this is a whirlwind for me. Any new project has a steep learning curve, and that’s where I am with my aquaponics setup. So far, I must say I’m not impressed. Maybe in another six months I’ll feel differently, but right now it’s more humbug than joy. First off, I waited and waited until I could find tilapia I wanted. I didn’t want the grey ones; I wanted colorful koilapia fish, the ones that look like brightly colored carp. Once I found them, I bought them, but had no place to put them. They lived in a very small storage bin for about three days while I put together their new home.

Then, the water quality wasn’t great. There was way too much algae and the planting bed wasn’t yielding the fabulous results aquaponics fans tell you about. My friend gave me a bunch of water plants to put in and the algae disappeared, but so did whatever nutrients were in the water. The plants fared worse. I ended up having to supplement the water (and whatever poor potted plants had this water poured on them) with a crushed-up iron tablet.

Once I found a better balance of water quality by removing some of the water plants, the fish had babies. I scooped out hundreds of teeny-tiny fry: fish even smaller than baby guppies. It was a good thing there were water plants, or these small fish wouldn’t have had anywhere to hide from the adults that might eat them.

But back to the story about the quail. It nearly derailed my plans to hatch more, since I am not sure how much effort these new fish will entail. Ultimately, I decided to pop sixteen blue eggs into the incubator. Most are from my silver line celadon and her celadon Tibetan mate, but I did add other celadon eggs to the mix from other quail pens. I’m hoping to continue the silver celadon line, as it is both rare and beautiful.